Share a memory
Obituary & Services
Tribute Wall
Read more about the life story of Wade and share your memory.

Wade was born April 5, 1940, the son of Harold Wade Cain, Sr., and Sara Roach of Somerset, Kentucky. After graduating from Somerset High in 1958, he studied Chemistry at the University of Kentucky, where he met his future wife Judy Compton; they were married in 1964. Wade served five years in the US Air Force.  He attained the rank of Captain following his service during the Vietnam War.

Wade later earned a doctorate degree in Chemistry from Auburn University and worked as a research chemist for International Paper in Mobile, Alabama.  He found his calling as a professor of Chemistry at Morehead State University where he taught from 1982 until his retirement in 2004 as Professor Emeritus. His love of Chemistry, teaching, and deep care for his students was evident to all who knew him.

Wade was also a devoted member of the Morehead United Methodist Church and known for his humility and kindness.  He loved his family, books, and life-long learning.  He enjoyed playing golf, grilling steaks, and laughter.  Throughout his illness later in life, he remained his positive self with an easy smile.  The Cain family is grateful for the compassionate care from the nursing staff of the Thomson-Hood Veterans Center.

Wade is missed by his loving wife Judy; his children and their spouses Claire and Matt Timmer, Trey Cain and Heather Swanson; five grandchildren Bailey, Wade, and Harrison Timmer, Scarlett and Wilson Cain; his brother Bill and Janie Cain; his cousins David Roach and Fritz Okie; and his nieces and nephews Andy and Kristy Cain, Devin and Carter Cain, Laura and Steve Verloove, and Casey McGrath.

Family, friends, and others whose lives Wade touched are invited to memorial services on Friday, January 27, 2023, at the Morehead United Methodist Church, 227 West Main Street, Morehead, Kentucky. Visitation is from 9 a.m. to 11 a.m., with a funeral service at 11 a.m. with the Rev. Eric Espada officiating. Military honors will be conducted by Morehead American Legion Post No.126. 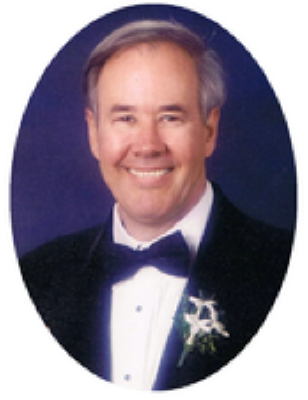