Share a memory
Obituary & Services
Tribute Wall
Read more about the life story of Edward "Ed" and share your memory.

One of two children, he was the son of the late Arnold Lee Crisp and Bessie Ellen Ison Crisp and brother to Gary Crisp.

Ed will be lovingly remembered by his wife, Susan Sowards Crisp; daughter, Melissa Huck (Jarrod) of Beverly, Ohio; daughter by marriage, Tracey Simonton (Daniel) of Vienna, West Virginia; grandchildren Owen, Wade, and Drew Huck and Spencer Simonton; and his many cousins, extended family, and friends. A special tribute and much appreciation is extended to Joe Sowards, a dear family friend, who brought Ed comfort and encouragement during the last months.

Edward received a B.S. in geology (minor in biology) from Morehead State University; a M.S. in geology from the University of Kentucky; and a Ph.D. in geology (major area: paleontology, minor area: biology) from Indiana University. He spent the first fifteen years of his career as a petroleum exploration geologist, primarily in the Texas Gulf Coast region where he first worked for Texaco and later for Forney Oil Company, where he made a “significant find.”  During this time, he also spent an eighteen-month stint in Damascus, Syria, exploring for petroleum in eastern Syria. He then spent the remaining years of his career as a professor in higher education, first at Texas A &M, then for two years at Morehead State University, and the last twenty-two years at West Virginia University at Parkersburg, teaching primarily geology, earth science, astronomy, and physical science; but several years also teaching the two courses, the paleobiology of dinosaurs and the principles of biologic evolution. While at West Virginia University, he partnered with Dr. Stone of Marietta College and conducted field schools in the West, mainly Utah, digging for dinosaur bones and related fossils.  As a professor, it was important to Edward that his students learn the principles of science. He was a well-loved mentor, encouraging his students to publish and present their work at conferences.  Upon retirement, he wrote a book Darwin’s Theory, both for students and the general reader, introducing the concepts of evolution.

Ed loved football. As a high school student, he was part of Rowan County High School’s first football team in 1962.  He especially enjoyed going to his grandsons’ football and basketball games.  He loved nature.  He liked to plant wildflowers and milkweed for butterflies and loved hiking and kayaking. He loved his dogs, Darwin, Emma, and Wicket, all of which have predeceased him, Wicket by only two days.

Visitation will be at Northcutt & Son Home for Funerals from 1 p.m. to 2 p.m. Monday, January 23, 2023, with a celebration of Ed’s life beginning at 2 p.m. Burial will follow at the Ison Cemetery. 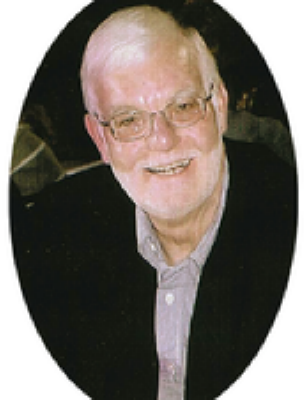