Share a memory
Obituary & Services
Tribute Wall
Read more about the life story of Clista and share your memory.

She was born January 23, 1937, in Carter County to the late William and Zola Fultz Riley.  In addition to her parents, she was preceded in death by two brothers, Clifford Riley and Larry Riley, and her husband, Homer Ray “Kenny” Adkins, whom she wed on December 26, 1958.

She is also survived by five brothers: Oscar Riley, Carl Riley, Donnie Riley, Gary Riley, and Allen Riley all of Morehead, as well as her beloved brothers- and sisters-in-law and a host of nieces and nephews of the Riley and Adkins families.

Clista was known as a hard worker who enjoyed her work and coworkers immensely.  She went to work as soon as she was old enough at Cowden Manufacturing, then later spent 22 years at Morehead State University ADUC as custodian where she was an extra mother and grandmother to many students who were away from home.  After her retirement in 1998, she continued working as a self-employed housekeeper and then caregiver before she completely retired in 2014 at age 77.

Clista was saved and baptized along with her husband in the early 1970’s.  She attended Brinegar Church of God and enjoyed visiting other churches as well.  As her health declined and she was unable to physically attend church, you would find her in church every evening at 7:00 p.m. in her living room as she watched WLJC’s Hour of Harvest program.  She enjoyed singing in church or anywhere her brothers were gathered to sing and play together.

Memorial contributions may be made to WLJC Hour of Harvest, PO Box Y, Beattyville, KY 41311. 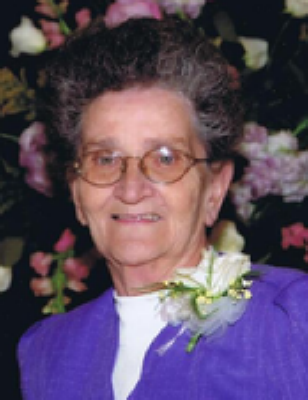