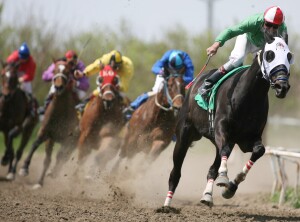 Clettis Lawrence Fannin, age 77, of Pennington Flat in Morehead, Kentucky, passed away at his home, after a battle with cancer, on Monday, October 18, 2021.

He was born October 6, 1944, in the Little Sandy Area of Elliott County to the late Eva Mae (Howard) and Thurman Fannin.  Clettis was preceded in death by brothers Cobern and Boyd Fannin of Morehead and Robert Fannin of Frankfort and a sister Janet Fraley of Sandy Hook.

Clettis is survived by his loving wife of 56 years, Jeanette (Porter) Fannin. They were married August 8, 1965, and he is survived by their three devoted children: Shane Fannin, Kyle (Kim) Fannin and Kristin (Kirby) Kappes.  Clettis and Jeanette were blessed with nine wonderful grandchildren:  Clay Fannin, Syracuse University in New York; Cali Fannin of Cincinnati, Ohio; Ciah Fannin of Nicholasville; Kyler, Tucker, and Conner Fannin and Brady, Blake and Bryce Kappes of Morehead.

Clettis always loved the large family gatherings in celebration of Thanksgiving, Christmas, Memorial and Independence Days, as well as sibling birthdays.  These occasions included good food, October hayrides, competitions in horseshoes and others games.  Summer vacations to Daytona Beach, Florida, created lots of video documented memories.  He appreciated the fact that son Shane was always equipped with his video camera and son Kyle added the commentary.  Daughter Kristin had a very significant role in her father’s life:  she had him wrapped tightly around her little finger!! The months of April and October allowed Clettis to enjoy one of his favorite sports, Keeneland thoroughbred racing in Lexington.  He never saw a horse that he didn’t like!

Clettis graduated from Sandy Hook High School in 1962, attended Mayo State Vocational School in Paintsville, and Morehead State University, majoring in Business Administration.  He had been involved in various business interests since he and Jeanette married and moved to Morehead in 1965.  He first managed a fertilize warehouse for Conoco Industry.  He later leased the Gulf Full Service Station when it opened on Flemingsburg Road in 1967 and later purchased it, along with his brother Cobern.  They eventually took over the station in Morehead on Main Street that later became Fannin’s Ashland.  His last business venture, prior to retirement, because of health problems, was Interstate Motor Sales which he owned and managed for more than 45 years.

A celebration of life will be held 2 p.m. Friday, October 22, 2021, at Northcutt & Son Home for Funerals Memorial Chapel with Keith Kappes officiating.  Burial will follow in Forest Lawn Memorial Gardens.