Share a memory
Obituary & Services
Tribute Wall
Read more about the life story of Carol and share your memory.

Carol Wentz Boyd, 72, of Jacksonville, Florida, peacefully passed away at the McGraw Hospice Center on January 12, 2023, after a long hardship with health issues.

Carol was born on April 11, 1950, to her parents Helen and Dr. Byron Wentz in Hillsboro, Oregon. Shortly after her birth, they moved to Kentucky and eventually to her hometown of Morehead. After graduating from Breckenridge High School in 1968, she went on earn a bachelor’s and a master’s degree in nursing from Medical College of Virgina. In 1975, Carol married Fred and they welcomed Michael Byron in 1979. Carol worked at Richmond Memorial Hospital for over a decade and discovered her passion for educating nursing students. The family moved to Royal Palm Beach in 1987 and Carol spent many years working for the American Lung Association, where she produced several publications, and most notably, she launched The Lung Mobile—an educational bus with interactive exhibits for the community. Carol later advanced to the Director of Nursing position at Florida Community Health Centers in Bell Glade. She retired in 2012 and moved to Jacksonville to be close to her family.

Carol stayed active in the church, from choir singing in her youth to holding numerous roles throughout the years—most recently serving as the lay leader for Christ UMC. She also had an adventurous spirit that led her to travel the world with family and friends. Carol certainly treasured time with family—especially visits and sleepovers with her granddaughters. These afternoons spent baking cookies, crafting, and sewing together turned into priceless memories. Carol will forever be remembered as a caring daughter and sister, a wonderful wife, a thoughtful mother, a loving grandmother, and a dear friend to many.

Carol was preceded in death by her parents, Byron and Helen Wentz, and her sister Marjorie Wentz. She is survived by her husband, Fred; son, Michael Boyd (Riann) of Jacksonville, FL; sister Linda Wentz LoGrasso (Vito) of Pleasant Hill, CA; and her niece, Melissa Reichert (David) of Fairborn, OH.

Carol will be laid to rest at Lee Cemetery, in Morehead, KY on Friday, January 20, at 11:00 AM with a graveside service. Lunch and reception will follow at 12:00 PM at the United Methodist Church on Main Street. A Celebration of Life service, lunch and reception will be held on Saturday, February 4, at 11:00 AM at Christ United Methodist Church in Jacksonville, Florida. 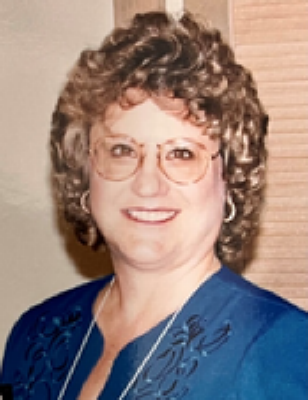